We are excited to announce the annual Lilac Ball held on 9th September 2017 raised over $1.4m 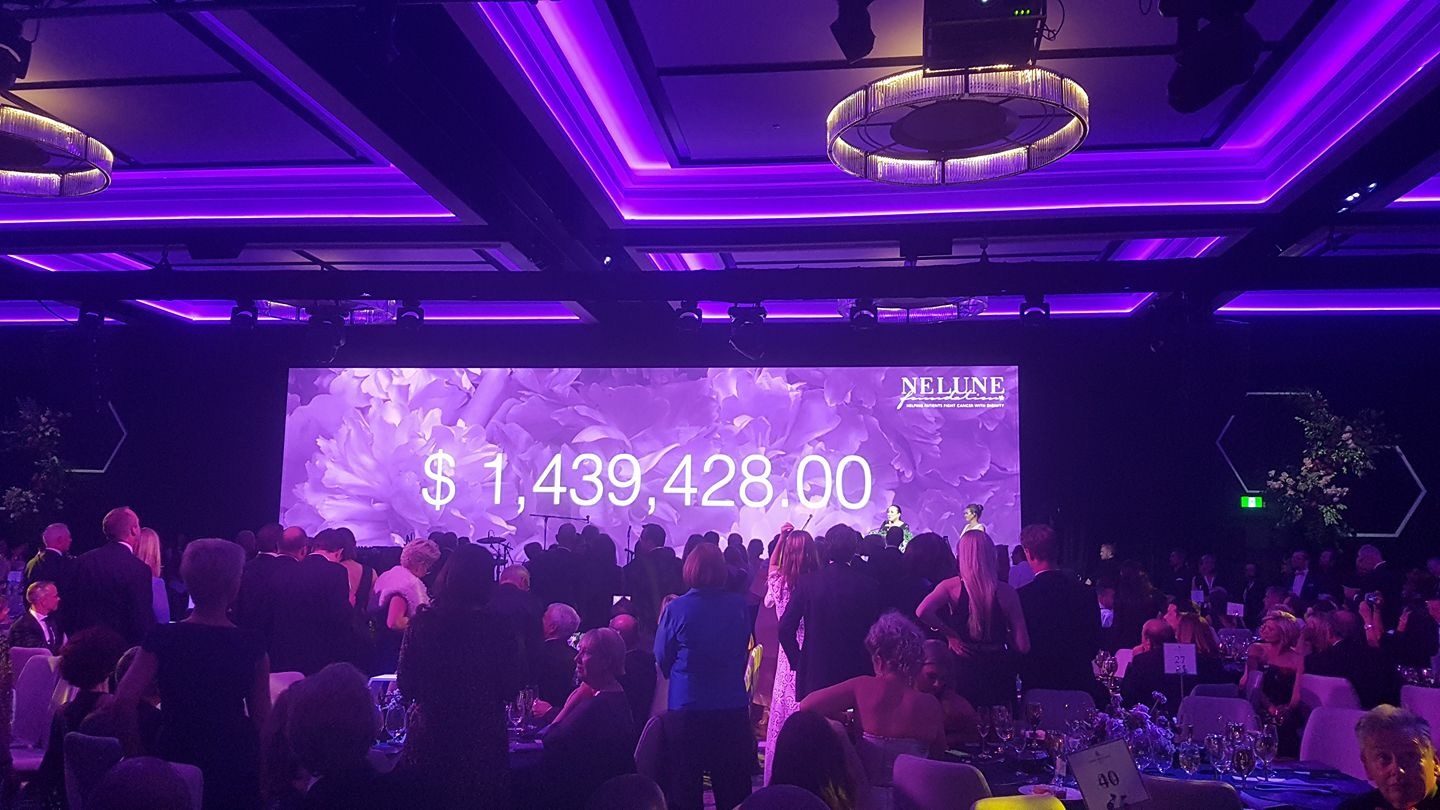 We are excited to announce the annual Lilac Ball held on 9th September 2017 raised over $1.4m. Thanks to all of our wonderful supporters, donors and friends we were given yet another opportunity to push towards an even more flourishing foundation, and in turn continue to raise vital funds which will help cancer patients and their families fight their fight with the dignity they deserve.

Thanks to the generosity of everyone involved this year, the ball was bigger and better than ever. Edwina Bartholomew took over the reins as the MC, and Vince Sorrenti kept us in stitches. Jim Wilson introduced the incredible Dr. Christine Schaffer, our inaugural recipient of the $1M Rebecca Wilson Breast Cancer Research Fellowship, and the inimitable Darryl Braithwaite headlined the night with the dance floor rocking to 'Howzat' and everyone singing along to 'Horses'

There were raffles and auctions throughout the night, with prizes including a dinner for 8 by Colin Fassnidge and a swim clinic for 6 people run by World Champion and Gold Medal Olympian Cate Campbell and a pearl necklace from Paspaley.

The Minister for Health and Medical Research the Hon. Brad Hazzard represented the Premier of NSW Gladys Berejiklian and spoke positively about the importance of the work of the Foundation.

Sandra Sully, Andrew O'Keefe, Sally Obermeder, Elka and Thomas Whalan, Petria Thomas, Annabelle Williams and Cate Campbell were all in attendance and helped make the night the success it was.

Having launched the inaugural Rebecca Wilson Fellowship, as well as opening the Nelune Comprehensive Cancer Centre in the past year, The Nelune Foundation is stronger than ever. Thank you for coming together, opening your hearts and your wallets and continuing to support us to fight this on-going battle with more fire-power than ever before.